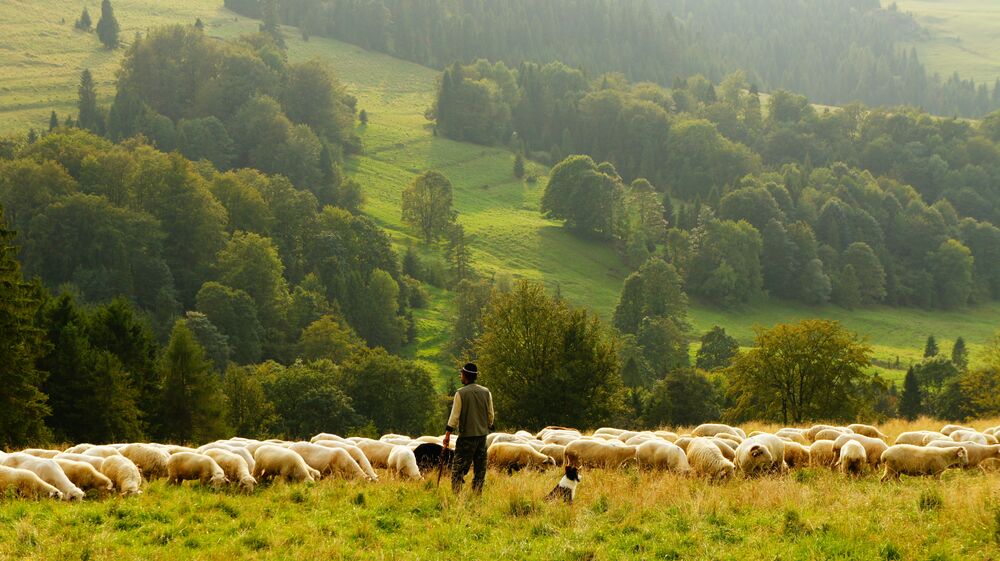 Have diversity in your products, farming techniques, and environment.

The more diverse your practices are as a farmer, the better off you’ll be. You can protect yourself against failure: failure in one of your products, in the market (if something becomes more or less desirable), in unforeseen environmental factors.  A lot of second, third, and fourth generation farmers farm the way they do because that’s what they’ve done their entire lives, especially when you’re talking about monocrops. You have all of these factors that come into play that make it really hard to maintain a monocrop, despite that being the norm in North American agriculture. There are weeds, bugs, animals, various “pests” that farmers try to take out of the equation.  But nature has a way of making things symbiotic; if you try to suppress that in one area of your practice, it’ll just pop up in another spot.  For example, the ragweed that flows into our fields is higher protein than the usual feed we're giving our turkeys.  We allow them to graze on it, which is good for our birds and keep the weeds in check. If I were a monocrop farmer, I would try to solve the problem with more chemicals or bigger equipment. Diversity in agriculture means working in conjunction with these factors, not against it.  Every part of the natural system is important and necessary, and you can’t take some of those parts out and expect things to work out in the long run. Allowing that diversity to take hold ultimately works towards a pretty good balance.

You must know where your product is going to be sold.

When I first got into this industry, I used my finance background to really hone in on the economics of farming. I talked to new and veteran farmers to get an idea of where and how to sell what I was growing, but it seemed like a lot of  farmers struggled with marketing and distribution.  At first, it seemed like some farmers weren’t skilled in marketing, but in reality, it just wasn’t something they put much time and effort into. I’m not going to say growing the [crops] is easy, but a small farmer tends to focus on making a product, and then all of a sudden they have thousands of pounds of produce, meat or dairy and no place to sell it. That becomes a burden when you’ve put a lot of time, money and effort into [a product] and then all of a sudden, you’re stuck with no place to sell it.

Bring processing onto your farm.

If you think of food production as a pie, a lot of slices are devoted to different steps required to get products from the farm to the shelf. If you go back fifty to seventy years ago, many steps of food production did not exist. There was a farmer and there was a retailer; just those two were connected. As the population grew and people spread out across the United States, the agriculture industry started to focus on monocrops. Products also needed to be distributed further and further [from the source]. Over time, more people became part of that food chain.  So what used to be the farmer and the retailer has become the farmer, the trucker, the processor, the distributor, etc. The size of the pie hasn't changed much, but the number of  slices has increased dramatically.  The standard quality of food changed as well.  80% of what we eat has to be processed, and many foods have to be inspected.  Meat and dairy must be inspected by the United States Department of Agriculture (USDA) before being sold to the retail public.  The milling of grains does not need to be inspected by the USDA, but it’s one of those products that's been centralized to the point that the farmer loses control over the grains they grow .  When processing was taken off of the farm, the revenue that goes with that is a very big slice of the food chain pie.  However, if you can bring processing back to the farmer, profitability changes significantly.  You can reduce the number of slices your time and money goes towards. That's one of the big things the Decency Foundation’s primary venture, Nu.Ag, is focused on solving.  We’re saying “Let's bring the processing back to the farm to cut out all of these middle men and save you money” and in the process, reduce the fuel, energy and pollution that goes along with the processing off farm.~If we don't start putting these thoughts in practice, then it will ultimately be a losing industry . That's part of why the average age of an American farmer is sixty years old; there hasn't been a whole lot of intrigue for new farmers.  Nobody wants to sign up for a life of poverty.  Much of the Industrial farming  in this country is [currently] unsustainable for the environment, the animals, and us as people.  But through these three points, you’ll practice a type of farming that ultimately becomes sustainable and environmentally friendly, as well as profitable, all at the same time. If a farmer focuses on the diversity of products and methods, invests in on-farm processing, and keeps an eye on the market, then success will come.

From an Interview with Jon McConaughy, an innovative and sustainable farmer based in New Jersey.

~If you would like to support small farmers and bring processing to them, please donate to the Decency Foundation at https://www.thedecencyfoundation.org/donate!