The Power of Vertical Integration: Spotlight On Double Brook Farm and the Hun-Val Dairy Pilot Project 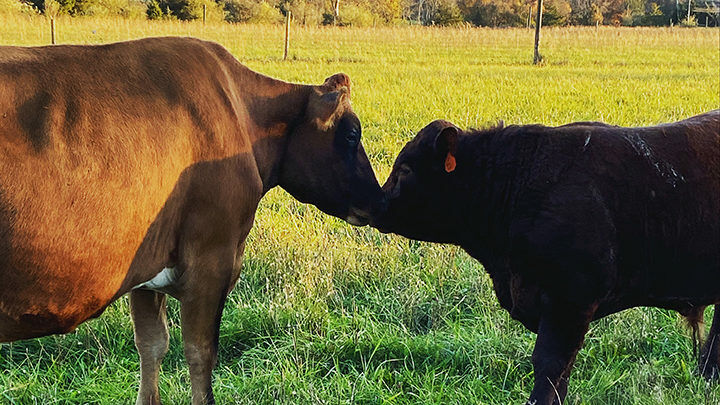 Many businesses dream of vertical integration to maximize control and efficiencies, cut costs, improve quality, and boost profitability. Yet it remains exceedingly rare because of the substantial up-front costs and the time, tenacity, and vision necessary to achieve that goal. Regenerative agriculture evangelists are likely familiar with pioneer Will Harris’ White Oak Pastures, a fully vertically integrated zero-waste farm with on-farm red meat and poultry abattoirs. But I doubt many have heard of Jon and Robin McConaughy’s Double Brook Farm, which became just the second farm in the United States (after White Oak) to have an on-premises USDA-certified slaughterhouse for both red meat and poultry. Jon and Robin’s journey from the corporate world to regenerative farming is incredibly inspiring, as is their commitment to revitalizing New Jersey’s dairy industry through on-farm bottling.

Jon and Robin met in high school in New Jersey, and Jon worked in finance for a couple decades while Robin was a corporate headhunter who ran a sports media company. After reading “Power Steer,” Michael Pollan’s powerful account about raising and slaughtering cattle (in 2002), Robin and Jon fell down the regenerative rabbit hole and became huge fans of Joel Salatin. As parents of two young children, the McConaughys wanted to teach their kids where their food comes from. So they purchased Double Brook Farm in 2004 to draw their family closer to nature and to raise their own meat. 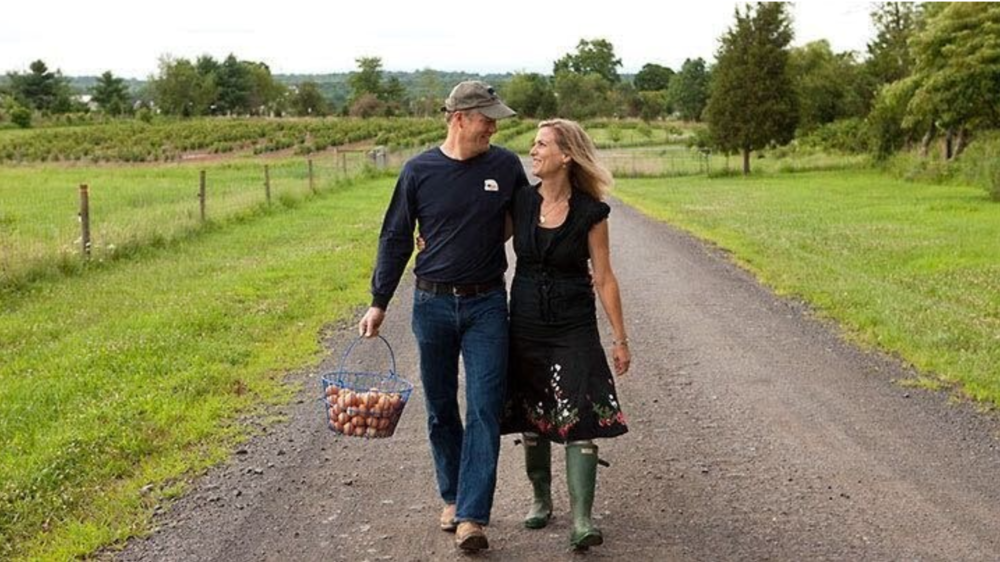 Friends and members of the local community were captivated by Double Brook Farm, and they wanted to try its grass-fed beef.  As interest surged, the McConaughys researched the food landscape and identified marketing and distribution issues among local farmers, and quality and consistency issues among retailers, chefs, and restaurants.  Jon and Robin set out to build a closed-loop food system with a market and restaurant serving Double Brook Farm’s products. What started with one orphaned cow has now become a thriving farm, retail store (Brick Farm Market), restaurant (Brick Farm Tavern), catering operation, and ice cream parlor and food café (Red Barn Milk Company, a joint enterprise with Hun-Val Dairy Farm). On over 800 acres of owned and leased land in Hopewell, New Jersey, Double Brook Farm raises pigs, sheep, chicken, ducks, turkeys, cows, and goats on pasture in a rotational grazing system. The cows’ offspring stay with their mothers and feed naturally until they are harvested as rose veal. Thistle Creek Farms raises Double Brook’s finished steers, which are 100% grass-fed. Double Brook Farm partnered with Thistle Creek Farms because it has more contiguous acreage than available in Hopewell and holds itself to the utmost standards of quality and humane animal treatment. 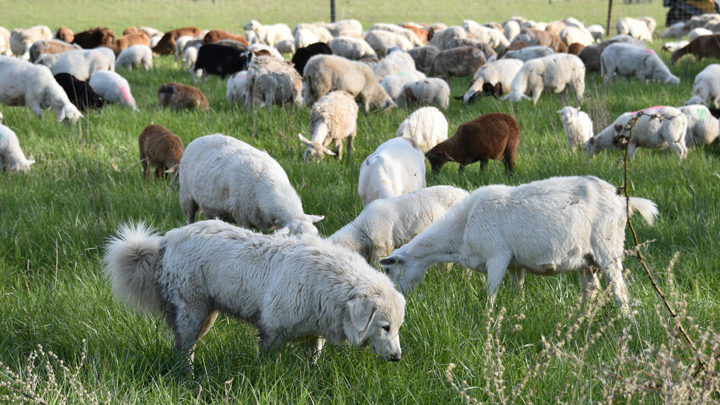 On the regenerative front, Double Brook Farm uses diverse cover crops and avoids tillage, agricultural chemicals, and GMOs. Additionally, the farmhouse and restaurant are energy neutral through geothermal and solar solutions. Furthermore, Jon is currently working on perfecting Bokashi composting, which involves a fermentation process long used in Japan. (All slaughterhouse waste is currently used for windrow composting.)  Because Bokashi composting eliminates pathogens while preserving beneficial microorganisms, Jon expects it will reap tremendous regenerative benefits to Double Brook Farm’s soil and animals. The initial Bokashi by-product must be separated into (1) a liquid component acting as an excellent soil amendment for permanent pasture; and (2) a solid component serving as nutritious animal feed. Jon believes that Bokashi composting may significantly increase his land’s soil organic matter and potentially save him from paying for any animal feed.

Every time I’ve chatted with Jon, I’ve been struck by his authenticity, honesty, integrity, and work ethic. He cares deeply about animal well-being, soil health, ecosystem preservation, food quality, and the farming community. His insights are unique because he controls the entire food chain and intimately understands the key bottlenecks facing farmers. Here’s Jon’s thoughtful take on accelerating the adoption of regenerative agriculture.

According to Jon, “truth in advertising doesn’t exist” as many corporate players glibly certify their products as “100% grass-fed,” “humane,” or “organic” even though their actual practices destroy soil and biodiversity, mistreat animals, and rely on grain-based feed. In addition to their growing distrust of large corporations and governmental organizations, consumers have become “numb” to the increasing number of vague labels inundating meat packaging. Jon believes our industrial food system has lost its way by narrowly focusing on scalability and efficiency at the expense of ecological stewardship, nutrient density, humane animal treatment, and farmer well-being.

The answer is to shift away from hyper-consolidation and a “bigger is better” philosophy to local farming where customers feel infinitely closer to producers. Proximity begets accountability and transparency as consumers can visit their local farms and see with their own eyes whether the land and animals are well-tended. Moreover, as explained in The Regeneration Weekly, the pandemic, cybersecurity failures, and a recent fire at a JBS plant (that alone slaughters about 5% of U.S. cattle) have highlighted the fragility of our supply chains. When large meat processing facilities and institutional milk buyers shut down during the pandemic, many farmers were forced to euthanize millions of animals and dump their milk. As Temple Grandin has persuasively argued, a more distributed processing system would be more resilient because it would be less prone to massive disruptions tied to fires, floods, electrical power failures, storms, and pandemics. 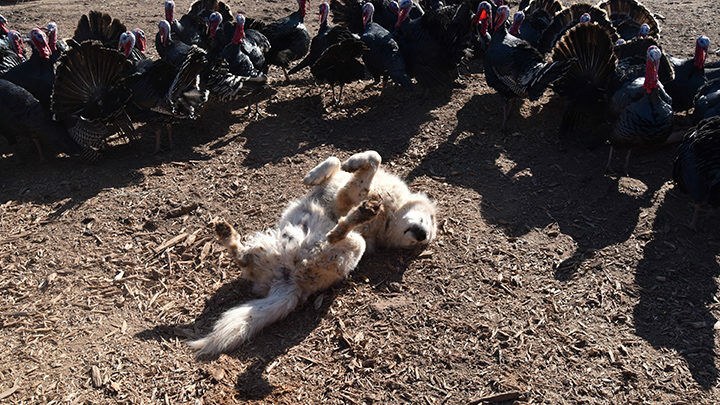 Since day one, the McConaughys have taken phenomenal care of their animals and have raised them without hormones or antibiotics. (If an animal gets sick, Double Brook Farm treats it with antibiotics and later sells it to a conventional farm.) At birth, the animals are arranged into social groups that last their entire lives. Early on, the McConaughys dealt with serious quality issues with outside processors. One time, they sent five pigs out and seven came back, and other times it was clear that the returned meat was of a different breed. Furthermore, before bringing processing on-farm, the McConaughys’ animals were sent in a trailer to slaughterhouses one to two hours away, and often had to wait with other animals for days before slaughter. Two farmers would separate the animals and load them at night, drive them to the slaughterhouse the following day, and then pick the animals up the subsequent day. “So basically you’re using up a full day of farmer time when they could be on the farm caring for the animals.”

After all the mix-ups they experienced during the early years, they realized the only way to ensure their meat actually came from the animals they had so conscientiously raised was to slaughter their animals at Double Brook Farm. While Jon and Robin were initially reluctant to build their own facility given the psychological considerations tied to slaughter, they believe processing is one of the most important parts of meat production to control. They considered mobile slaughterhouses for a couple years, but couldn’t get the economics to work. After considerable research and a mountain of paperwork, the McConaughys built a 3,000 square-foot facility at Double Brook Farm and became just the second on-premises facility in the United States to be USDA-certified for both red meat and poultry.

Now, except for Thistle Creek raising Double Brook’s finished steers, Double Brook’s animals are born on the farm, led to the slaughterhouse they have seen their whole lives by the farmers who cared for them, and kept in a holding pen (containing a bed of fresh hay and water) with animals they know. The McConaughys incorporated many of Temple Grandin’s ideas, and have a curved corral leading from the external holding pen that prevents animals from seeing the entrance to the slaughterhouse, which is far away from the road and neighboring homes. As explained by Robin, “Because we do one at a time, the animal has no idea what’s going to happen. They don’t hear, see or smell anything, so there’s no fear.” Before they opened Brick Farm Market, the McConaughys had all their employees view a video on slaughter to fully appreciate the great care with which their animals would be handled immediately before and during their slaughter at Double Brook Farm. Even though some farmers “broke down in tears because they didn’t want to know about the end part,” the McConaughys emphasized that the end of an animal’s life is extremely important and cannot be forgotten or cast aside because it makes people uncomfortable.

In stark contrast to Double Brook Farm’s practices, the industrial slaughter model involves substantial stress from transport all the way through to slaughter, and such stress releases adrenaline and thus alters animals’ pH levels and impairs meat flavor and texture. As Temple Grandin has noted, “fear of novelty may be a major contributor to stress at slaughter.” Moreover, as Jon has pointed out, large slaughterhouses focus narrowly on efficiency, with one pig coming through every 15 seconds at massive slaughterhouses.  At such scale and speed, “how effective can an inspector really be?” On the other hand, during Double Brook Farm’s weekly harvest, the USDA inspector can actually observe the careful slaughtering of each animal. Double Brook Farm processes approximately 300-400 chickens, 30-40 ducks, 20-30 turkeys, 10 pigs, 10 sheep, 4-5 goats, 2 steers, and 1 calf per week. Carcasses are processed on-site by a butcher. 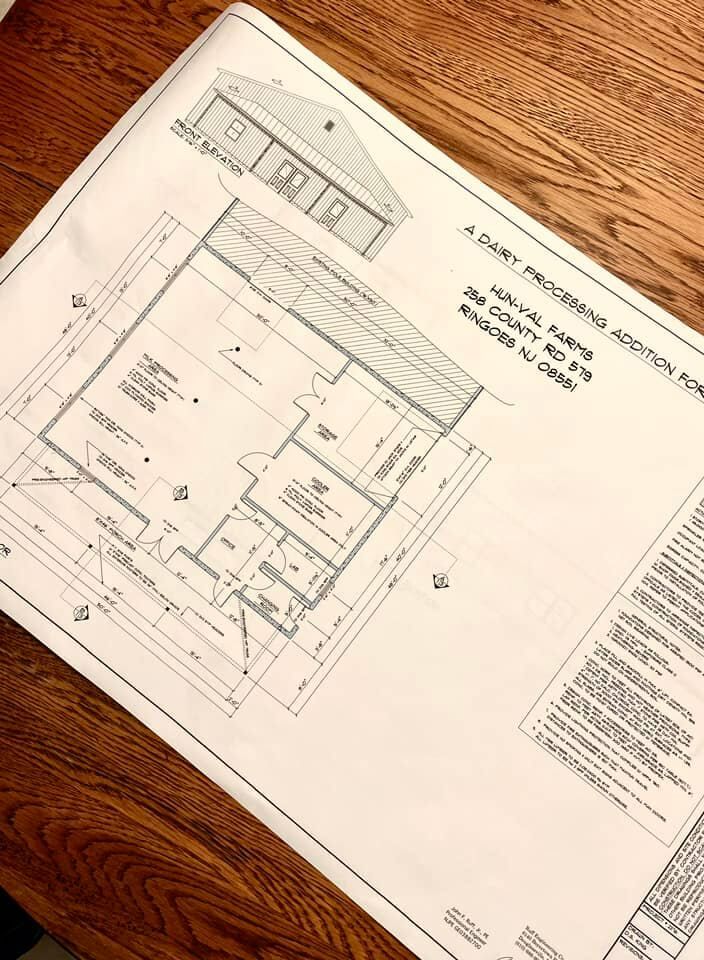 On-farm processing not only enhances quality and builds customer trust, but it also saves Double Brook Farm approximately $250,000 each year. Jon’s mission is to share his learnings and bring on-farm processing and its economic and branding benefits to as many farms as possible. Like most American farmers, who are saddled with debt and hampered by an anti-competitive landscape that favors the consolidated food companies (as previously chronicled in The Regeneration Weekly), the average dairy farmer has no shot at securing sizable loans with reasonable rates and durations. Furthermore, the average farmer doesn’t necessarily have the background or time to navigate permits, USDA paperwork, equipment analysis, distribution arrangements, and an effective go-to-market strategy. Backed by The Decency Foundation, the nonprofit Jon co-founded that is committed to making local farms more profitable and regenerative, Jon is spearheading a pilot project providing a below market 15-year loan and consulting services to bring on-farm bottling to Hun-Val Dairy Farm. The goal is to fund many similar projects over the next few years.

New Jersey, which had more than 500 dairy farms in the 1950s and 225 dairy farms in 2000, now has less than 40 dairy farms. Milk is sold as a commodity, and nearly all farmers sell their milk to processing plants or co-ops that pasteurize, homogenize, bottle, and distribute milk. The USDA sets the price processors pay farmers through Federal Milk Marketing Orders, and prices over the past few years have left minimal value to farmers. Almost all New Jersey milk is sold at a couple processors that commingle milk from Pennsylvania and New York. To sell branded milk that is not commingled, Jared Weeks, the owner of Hun-Val, has had to pay considerable costs in time and money for someone to drive 100 miles to a Lancaster processor, drive home, and then repeat that round trip for pick-up. For years, Weeks was losing money on every gallon of milk he produced.

Jon has pointed out that the average farmer is lucky to make 15 cents on the dollar for his/her milk, but on-farm bottling can hike that up to 40 to 50 cents. On top of the material cost-savings, on-farm bottling will allow farmers to sell pure New Jersey milk, which is exceptionally rare. Many consumers will pay a hefty premium for higher quality milk from a trusted local provider practicing regenerative principles. With improved profitability, farmers can invest more in soil health and ecological preservation, thereby enhancing brand value. Organizations like The Decency Foundation are essential because they provide small farmers with a chance they would not otherwise get to transform their farms and become truly sustainable.

A prior version of this article was written in The Regeneration Weekly.